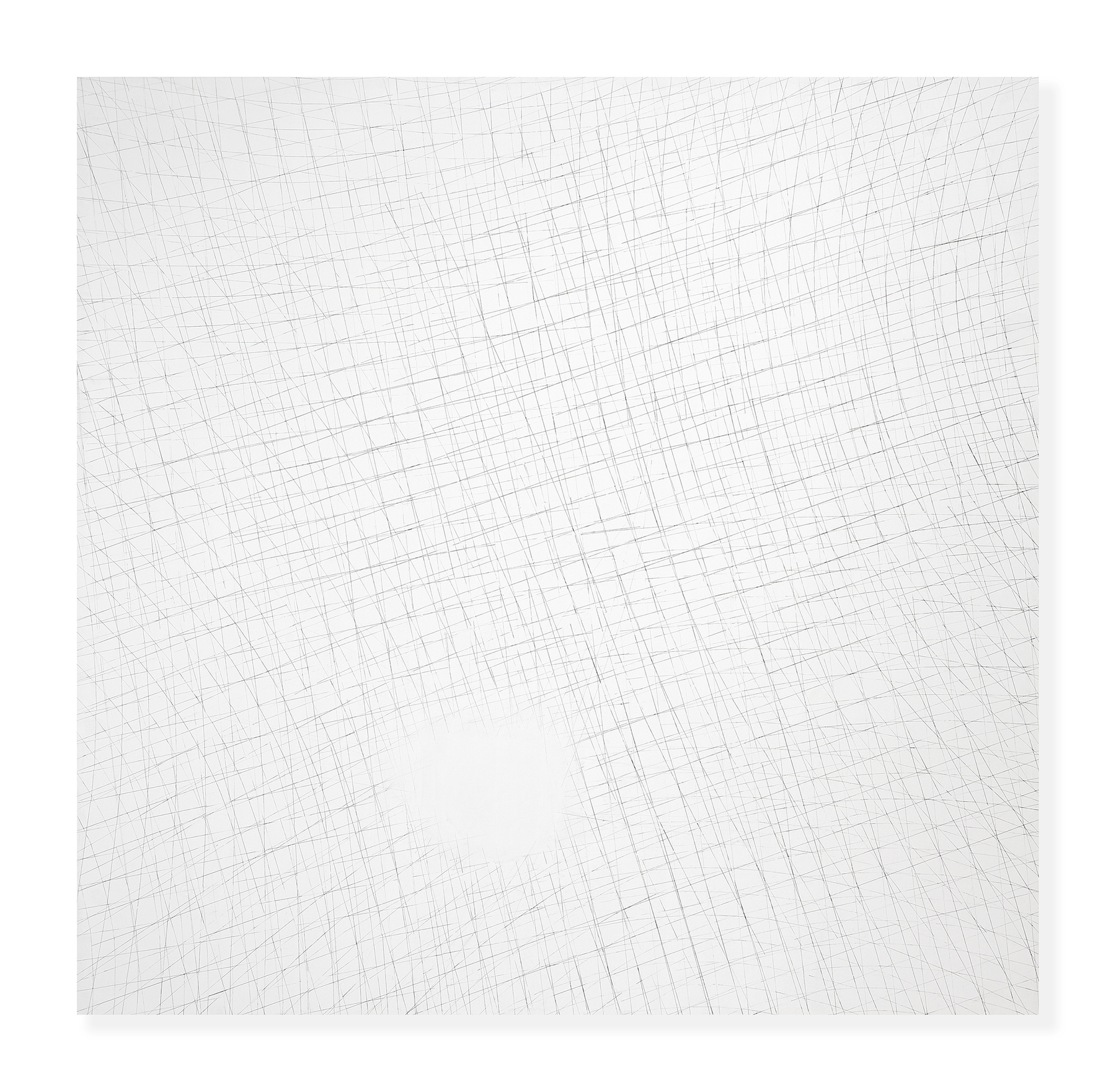 Rebecca Camhi gallery is happy to present the second part of the exhibition ”Η άνοιξη του Ζήνωνα/Spring paradox, 2000” by DeAnna Maganias. It incorporates sculpture and video that evolved out of a response to the period of confinement in the artist’s Athenian workshop in Omonia. Contradictory mental states are expressed, from claustrophobia to a euphoric feeling of transcendence. The works employ elements of geometric repetition as a vehicle to undermine the confines of a mundane reality.

The installation ”Spring Paradox, 2020” comprises 94 drawings made between March 20th 2020, the day of the spring equinox, and June 21st, the first day of summer. The first drawing describes a square, the last a circle. Each sketch gives a shape to every day in between, as one day shifts almost imperceptibly into the next. The transformation of form can only be understood through the accumulation of drawings that represent moments in the passing of time.

Marking every day with an ordered geometric form serves as a strategy of defence and refuge against the chaos of the outside world. This process of accumulation evokes thoughts about infinity in the context of ordinary days on a human scale.

‘Paradox’ in the title is a reference to Zeno, an ancient Greek philosopher who created arguments that seem logical, but whose conclusion is deliberately absurd or contradictory. The ‘Dichotomy Paradox’ puts forth that, given that any length of distance may be infinitely divided, one can never arrive from point A to point B.

DeAnna Maganias was born in Washington D.C. U.S.A. She has had solo shows in Rome, New York and group shows at the National Theatre of Greece (Athens), the Museum of Cycladic Art (Athens), the Prague Biennial, the Museum MACRO (Rome) and ‘Outlook’ during the Olympic games in Athens among others. Her works are part of museum collections: EMST (Athens), MACRO (Rome) and Marta Herford in Herford, Germany and two important private collections Dakis Joannou (DESTE) and Dimitris Daskalopoulos (NEON). In 2010 she was commissioned to build a national memorial in Athens dedicated to the Greek-Jewish victims of the holocaust. 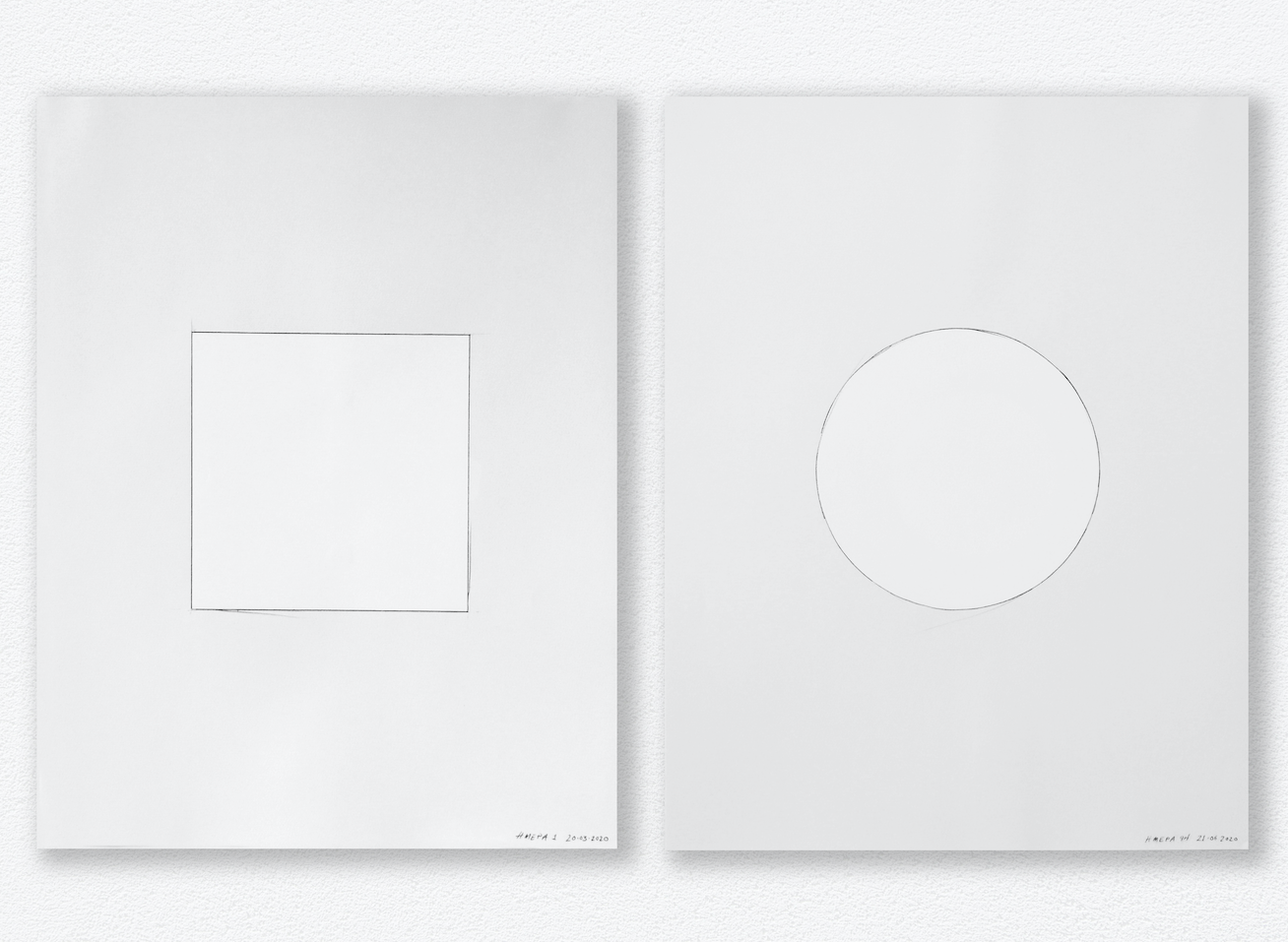 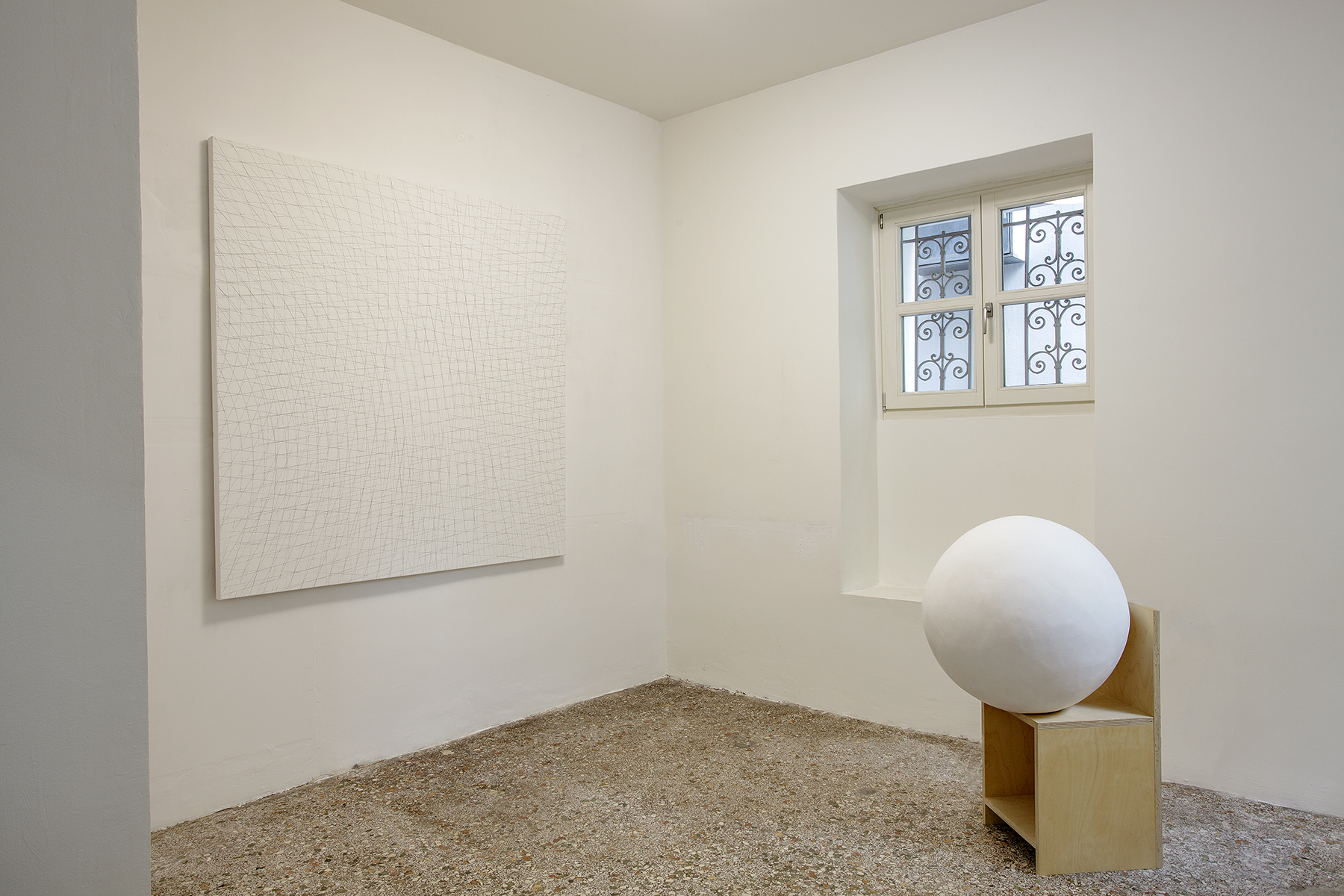 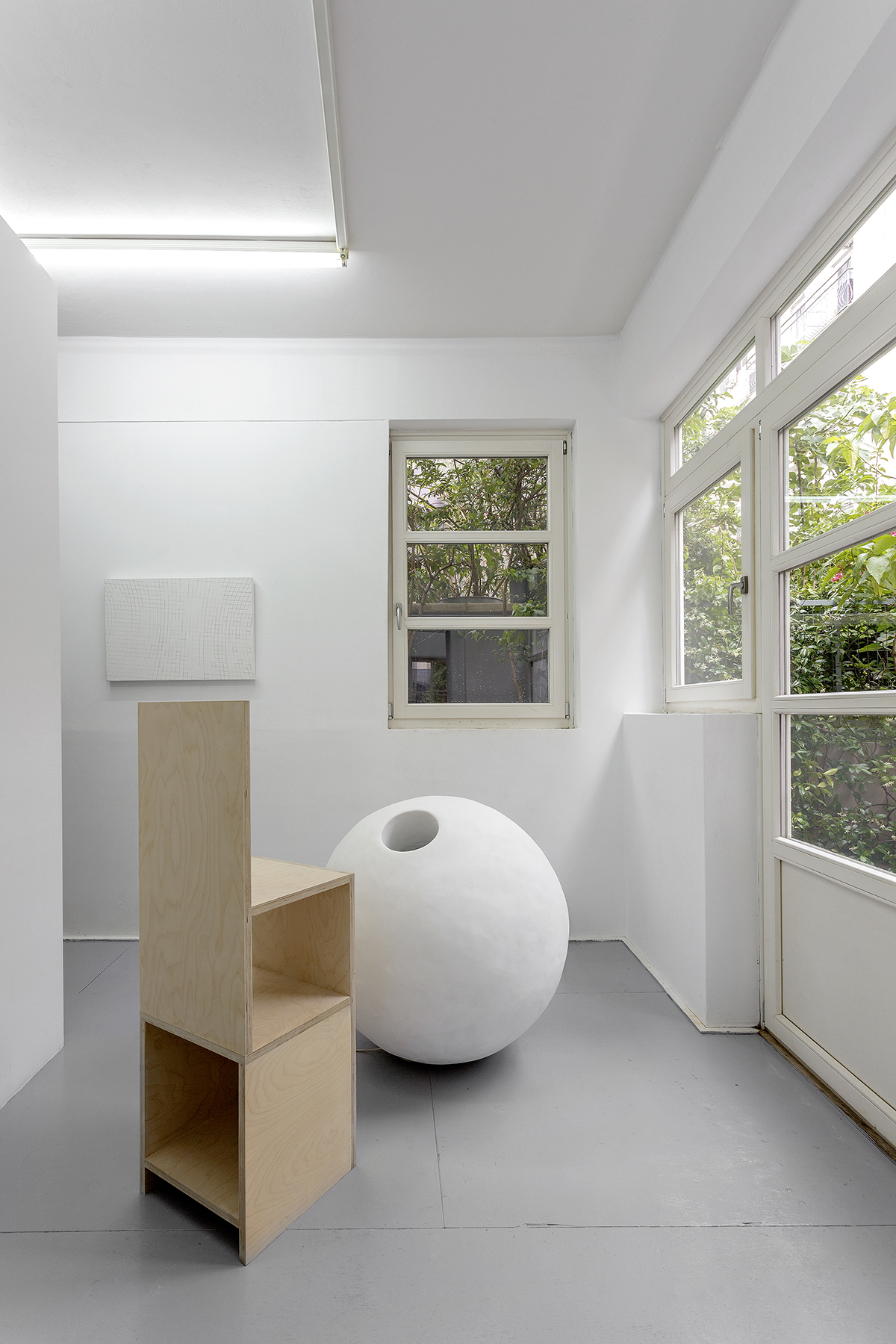 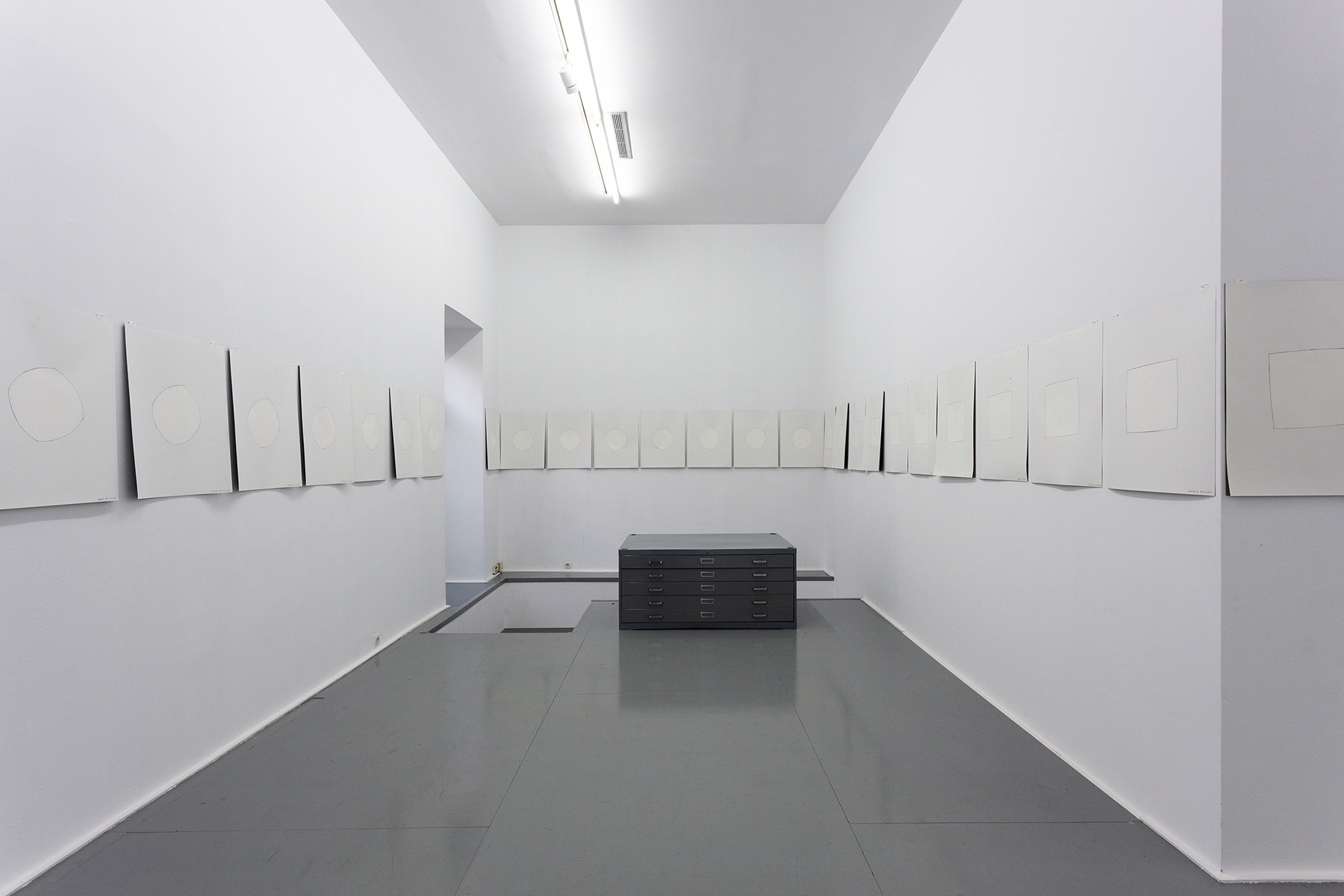