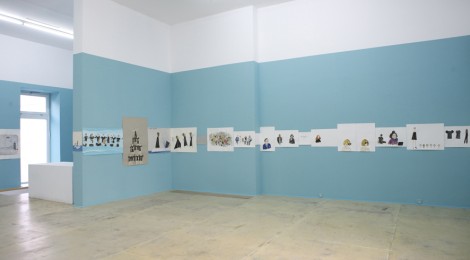 How many ashrams, rehabs, fat-farms, monasteries, hotels de luxe have I visited over the years? I’ve spent most of my life dieting…chanting, shopping…12 stepping my way toward inner peace. And why? To learn how to live ”in the moment”? But what about my skin? Even saints get wrinkles darling. So what is a girl to do? I craved stillness of the mind AND the body…but how?
And then I found it: Suspended frozen animation

You must try it, darling. No blackberries. No tweets. No botox. Just four years of cryogenic meditation and chic preservation. Bring a jacket.

Ice has a pre-historic quality (and loads of anti-oxidants). You may think I sound a bit new-age superficial bimbo, but darling I’m post-age now. How can I describe to you the sublime silence, the cozy frozen feeling, the perfect stillness, the ultimate nada? To be one with eternal chic, to be crystalized, a sub-zero being.
Frost and defrost.

But darling enough about me. If you want to know more, you can watch this charming – and so realistically – made documentary about my newly defrosted adventures.

Call me! Bisous to the girls and the children!

I adore you,
Mrs Tependris

Mrs Tependris, a character closely associated with Konstantin Kakanias, has starred in his work in exhibitions, performances, books, as heroes of the Greek revolution of 1821, known contemporary artists or taking part in the ”Olympic Games” of 2004. Kakanias with sarcasm, tenderness and social critique rewrites the story of a complex and timeless woman.

In his newest work he creates drawings especially made for a short film entitled ”TEPENDRIS RISING” where Mrs Tependris’ comes back refined, prettier and younger, after four years of cryogenic treatment! In the film, Kakanias not only lends his voice to Mrs Tependris but also interprets the heroine. His drawings are for the first time animated.

This new medium he chooses to work with is difficult to categorise because it can be both illustration, caricature, a mixture of fashion, art and cinema. While Mrs Tependris somehow glorifies the contemporary obsession with fame, eternal youth or wealth she at the same questions all of it through the critical eye and caustic humour of Konstantin Kakanias.

Konstantin Kakanias (born 1961, Athens) lives and works in Los Angeles. Illustrations of his have appeared in major publications such as the New York Times and Los Angeles Times. He has exhibited his work in galleries across Europe and the US as well as important museums, among them, The UC Berkeley Art Museum, Los Angeles, The Hammer Museum, Los Angeles, The Benaki Museum, Athens and The Goulandris Museum, Athens. The exhibition ”TEPENDRIS RISING” is the fifth solo exhibition of his at Rebecca Camhi gallery.