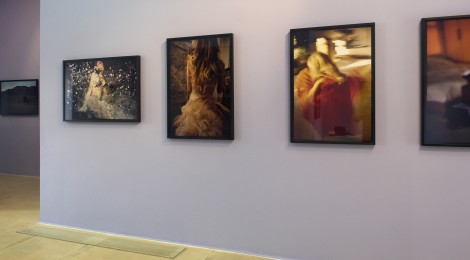 Nan Goldin was born in Washington DC, and started making photographs at an early age, after her sister committed suicide, in order to hold on to her memories. By the time she moved to New York in the 70s and 80s, she became famous by shooting her friends’ “wild” life. That particular series was included in the well known slide show “The Ballad of Sexual Dependency”. In the late 80s she started exhibiting also outside the US and continued to evoke admiration with her self portraits. Although her realistic view appears to be very familiar nowadays, Nan Goldin was one of the first artists to express her self in such a way. She is now one of the leading photographers of our times and very well known not only to the art crowd.

Nan Goldin has exhibited in many important galleries all over the world and her works have been shown in some of the biggest Museums: Whitney Museum of American Art (New York), Centre Georges Pombidou (Paris), Reina Sofia (Madrid) to name a few.

In her current show at Rebecca Camhi gallery, which is entitled “Fire Leap” she will present new works on different themes as well as a slide show based on 300 slides with kids.